What’s for dinner? If you’re having fish, it might not be the type you expected—or even paid for.

A study by Consumer Reports showed that more than 20 percent of the fish purchased in restaurants in New York, New Jersey, and Connecticut was incorrectly labeled. Sole and red snapper, specifically, were being swapped for cheaper types of fish. Reporters for The Boston Globe purchased 183 pieces of fish at 134 restaurants and grocery stores over a three-month period in 2011. Samples were sent to the Biodiversity Institute of Ontario for testing, which determined that 48 percent of the fish was mislabeled. Another 2009 investigation showed that a caviar sample was actually Mississippi paddlefish. 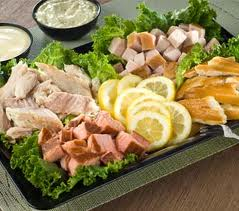 We’ve become accustomed to reading labels, and with stringent FDA guidelines, we expect that the products are accurately identified and coded. But when it comes to seafood, we can’t assume that the names on the package and the barcode labels for food reflect what we are actually getting. And, as more fish is processed on the fishing boats, the job of correctly identifying the filets is nearly impossible.

DoRan Seafood and Worldwide Seafood pleaded guilty to mislabeling after they were caught identifying 39,000 Mexican-caught shrimp as “Product of U.S.A.” The shrimp, which is valued at $109,700, may end up costing the companies more than $500,000 in fines.

In 2007, some diners became seriously ill after eating what they thought was monkfish. In reality, the seafood was pufferfish, a toxic species that was imported illegally from China.
To combat the seafood mislabeling problem, the U.S. Food and Drug Administration approved the use of DNA barcoding for seafood identification. Using barcode labels for food isn’t a new thing. You’ve seen them across supermarket shelves everywhere. But this new type of barcoding takes product identification even deeper—into the genetic makeup of the species.
Once a fish is filleted, identification can become very difficult. You’ve heard the phrase, “tastes like chicken”? With such flavor subtleties in many varieties of seafood, you might not be able to detect one from another, particularly after it is cooked and seasoned. Many different fishes can easily be substituted—whether for convenience or cost. But, with DNA barcode labels for food, striped bass won’t able to pass for sea bass, pollock won’t be substituted for crab, and tilapia can’t masquerade as white tuna.

The Consortium for the Barcode of Life supports DNA barcode labels for food, and is developing a database of the 1.8 million species on the planet. Fish account for about half of the vertebrate species. So far, it has catalogued 167,000. The Consortium is working with seafood suppliers and members of the restaurant industry to use the new technology to give consumers what they’ve purchased.

“We’re going to start seeing a self-regulating movement by the high-end trade embracing barcoding as a mark of quality,” said David Schindel, executive secretary of Barcode of Life and a paleontologist for the Smithsonian.

The DNA barcoding is not all that different from the barcoding we see in retail stores. The codes contain information about the product. According to Schindel, DNA barcoding is evolving. The vision for DNA barcoding could enable diners to use a smartphone app to scan a barcode and learn more about the items on the menu, such as when and where the fish was caught, by whom, and whether or not the fish was tested.

DNA barcode labels for food represents a big step toward seafood safety and security. If you are what you eat, then you certainly don’t want anything fishy on your plate.

For more information, get Sweet Taste of Profits now.